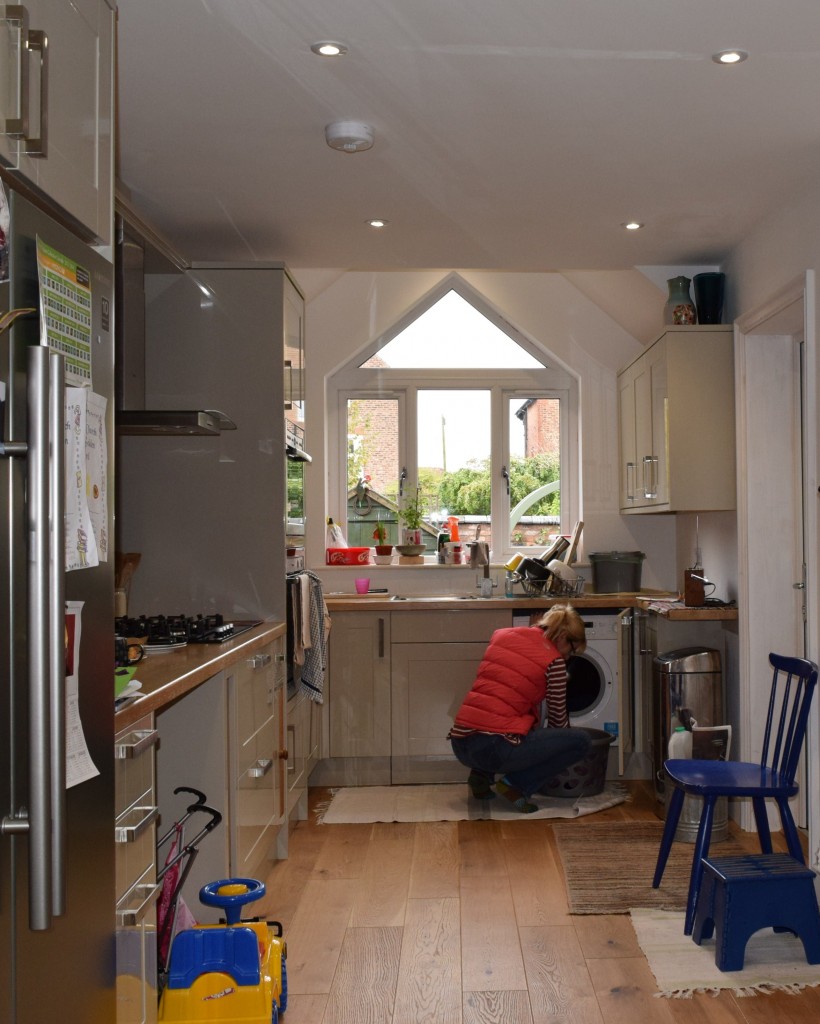 An ordinary terraced house in the extra-ordinary location of Bowdon, the Roberts family home,  has been transformed. Mike and Alison commissioned Mark on the builder’s recommendation.  Mark says it was a pleasure working with them.  Teamwork! Alison says ” In discussion with Mark around our dining table one evening we realised we could stay here but get the three bedroom family home we needed. The finished result is exactly what we wanted.” 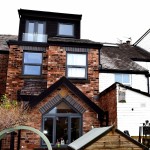 After. The entire garden elevation has been re-built and extended at all levels.

Before. An unremarkable terrace with potential.

A rear extension and loft conversion has provided the ideal long-term setting for the Roberts family to grow. The amount of accommodation is now the absolute maximum any planning authority would permit on this site. So asset value is maximised. And this project is newsworthy because this is the first house in Priory Street with a new  front dormer window. Before :- Front sitting room with stairway; rear dining space and small kitchen; two bedrooms; one bathroom. After:- Entrance lobby with stairway; front sitting room; multi-function kitchen living space; additional storage; underfloor heating; three double  bedrooms; en-suite; larger family bathroom. 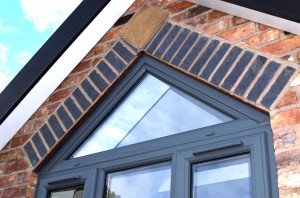 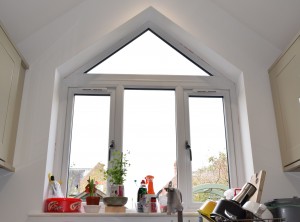 This window was disliked by the Planning Officer but Alison held firm and we negotiated for its retention.

Like all complex projects the design process has continued during construction. Some architects are reluctant to re-visit their design but Mark says he is not “precious” about it. His over-riding concern is that by the end of construction the architecture has maximum possible effect. Sometimes the best design option only becomes clear to users as they see construction work progressing. So the design and  construction team worked closely together meeting a change in the client brief. Alison and Mike decided to re-think a stairway. Mark says “At the design stage we identified a number of stairway arrangements from first to second floor levels with little difference between them. This left room to manoeuvre.  It became clear as Alison and Mike visited site that one of the stairway variations would enable an even larger bathroom. So we said: ‘Lets go for it!’ ”

Mark’s flexible approach to design made sure this complete re-modelling of the family home was also affordable. The original layout of the main stairway was unchanged to minimise spending. But this depended on a sprinkler system.  The cost of this proved too high. So Mark re-designed the stairway to exit right, beside the front door, in a lobby. This removed the need for sprinklers. The extra cost of this was less than the sprinkler price so affordable. The lobby adds functionality as well as achieving compliance with building regulations.

With structural engineer Ian Scott of  Scott Hughes Design Mark designed the ceiling layout to conceal the extensive new steel work so avoiding unsightly down stands. The triangular window is built using a steel frame, again carefully concealed by new linings. The overall image is a smart new interior with contemporary styling but also unique character. This blend is just one of the thoughtful methods of transforming a family home in Bowdon.

This window casts natural light into the back of the new kitchen living space.

Alison can now enjoy a view of her colourful planted border from the dining table. This window is designed right beside the wall to allow natural light to reflect into the room directly. 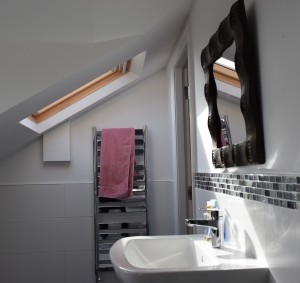